Pella maintains a municipally owned and operated electric utility that provided over 198,875 MWh to over 4,900 customers in 2017. Historically, the utility has met approximately half of the energy need of the community with local generation, and the other half with a combination of both firm and non-firm energy transactions. As City of Pella became the 61st member to join Missouri River Energy Services (MRES) on June 9, 2011, all our energy needs are being provided by MRES. Power to the City is delivered across three 69 kV transmission lines: MidAmerican Energy's line from their DPS Substation; CIPCO's line from ITC Midwest's Poweshiek Substation; and Pella's line from MidAmerican Energy's Beacon Substation.

Concurrent with joining MRES, the City sold its 10.8 MW share of coal-fired power plant Walter Scott Energy Center (in Council Bluffs) and retired its 38 MW coal and gas fired power plant in Pella. Environmental regulations, rising coal prices, economies of scale, and the completion of the Southeast Switching Station were major factors in the City's decision to close the plant. The plant, formerly of 519 Oskaloosa Street, was torn down in 2014. 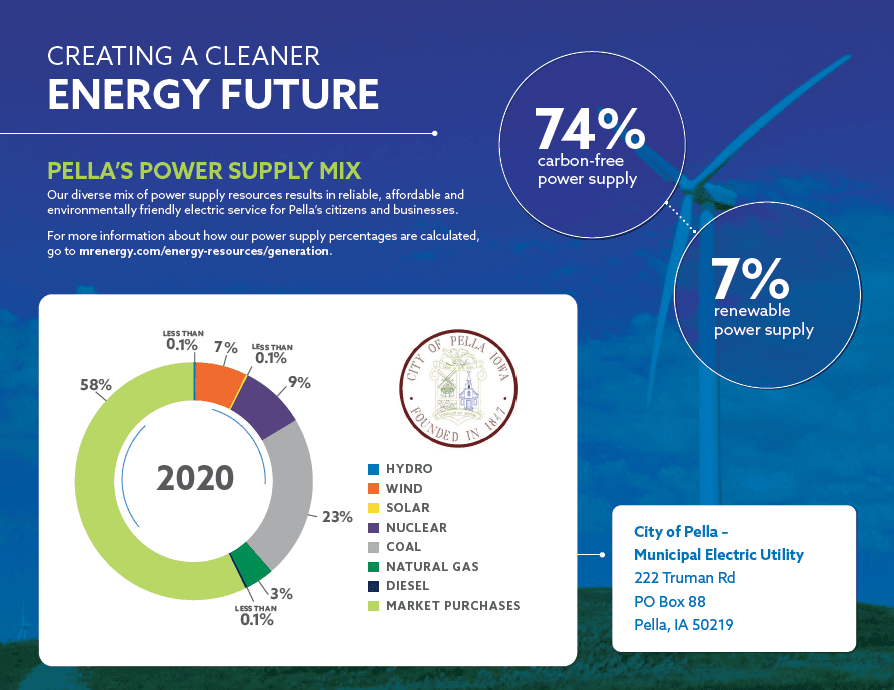